I read this blog recently on Moodscope and it struck a cord. Slowly we are getting better at asking people how they are. The more we ask, the more we support, the better we will all be …… “A few years back I suffered a neck injury - which resulted in 7 months of non-stop intense pain. It wasn't fun; but the thought that kept occurring to me during this time was "It's nowhere near as bad as a bout of depression!" It became so clear to me that whilst physical pain can be acutel

Over the weekend I went to a fascinating talk at the museum of the mind on compassion focused therapy. Both the clinicians and their client spoke about the approach and therapy and the positive impact it can have for an individual, supporting them to reconnect with their life in the most flourishing way they can. There was so much that struck me about what was being said: to pull yourself together you need to pull yourself apart, labels are tricky because they are sticky, co

A week today, 21st September, is World Alzheimer's Day. Dementia is considered 'working age' or 'young onset' when it affects people under 65 years of age. Some facts about working age dementia: It is estimated that there are 42,325 people in the UK who have been diagnosed with young onset dementia. (Ref Dementia UK, 2nd edition 2014, Alzheimer’s Society). They represent around 5% of the 850,000 people with dementia. People with young onset dementia are more likely to be di

We seem to find it difficult to celebrate stories of recovery and hope and I am uncertain as to why this is? Is it about people’s fear, stigma/discrimination, we enjoy bad news stories more than good ………? This week I had the good fortune to hear two inspiring stories of recovery. Hope is needed in recovery as it can be a long and hard journey, through sharing and celebrating, I hope we give hope to those who need it now, during and post recovery. The first was as part of my m

Where to find support, if you need to talk - young minds

With this being Children's Mental Health week, this is a good list of resources, so if anyone you know is struggling with how they feel and need to talk, these organisations are there to listen. No-one needs to suffer in silence - there are phone lines, or you can send them a Share it with as many people as possible. http://www.youngminds.org.uk/for_children_young_people/better_mental_health/organisations_that_could_help #talkingmentalhealth #childrensmentalhealthweek #mental

Please support this great initiative, bearing in mind that for all of us our mental health is with us throughout our lives, from birth to death. Also with the government setting out their new approaches to mental health, with the Prime Minister saying: “What I am announcing are the first steps in our plan to transform the way we deal with mental illness in this country at every stage of a person’s life: not in our hospitals, but in our classrooms, at work and in our communiti 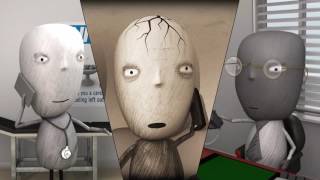 Talking about mental health at work is difficult for everyone concerned. Beginning as a black and white, silent movie, Let’s Talk portrays the difficulties that arise through poor communication. Such a great film that provides some really interesting tips. #mentalwellbeing #mentalhealth #timetotalk

There is now just a week to go until Time to Talk Day on Thursday 2 February! Take a look at the new animation that gives ideas for how to talk about mental health. Please do share it with your colleagues, customers and stakeholders to spread the word that conversations change lives. This has such simple yet effective ideas on starting the conversation. #timetotalk #mentalhealth #resilience #wellbeing #mindfulness